The Sepia PDL 828 is a multichannel driver for the picosecond pulsed laser diode heads of the LDH Series and LDH-FA Series as well as for the sub-nanosecond pulsed LEDs of the PLS Series. Wavelength changes are simply performed by plugging in a different laser or LED head.

The Sepia PDL 828 provides maximum flexibility for multiple wavelengths applications. It drives any combination of up to eight laser or LED heads in parallel or in a user defined sequence. The whole system is easily configured and controlled through a dedicated Windows control software via a USB connection. Last settings are saved inside the Sepia PDL 828 to allow stand-alone operation, making it a powerful device for measurement automation. A computer library to access the functions of the Sepia PDL 828 for custom development is also provided with the device.

The Sepia PDL 828 is available in different sizes to control any number of laser heads between 2 and 8 at the same time. Each Sepia PDL 828 is assembled individually from a mainframe with power supply and computer interface and two types of modules: the sepia oscillator module (SOM) and up to eight sepia laser driver modules (SLM). The communication between the SOM and the SLMs is achieved via external cabling. The SOM allows to produce a wide range of user-definable pulse patterns such as sequences or bursts. All connected laser heads can also be fired at the same time. 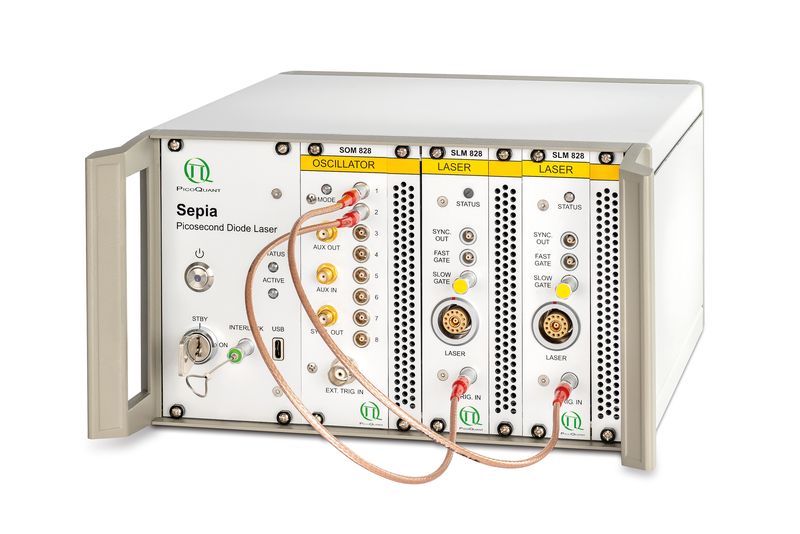 The sepia oscillator module (SOM 828-D) features eight individually addressable trigger outputs (output channels). It works as a rotary sequencer with programmable channels where one channel must be completed before the next one activates.
Additionally, the 8 channels of the module can be freely combined with each other to yield complex pulse patterns where one channel will activate simultaneously with its combination partners. Alternatively, instead of combining channels, an individual, software controlled delay can be introduced for any non-combined channel.
Both modules offer burst operation, where multiple pulses can be output from either single, grouped, or combined channels before the next channel becomes active. The sepia oscillator module has its own (variable) synchronization output, external trigger input as well as auxiliary input and output connectors.

A sepia laser driver module is necessary for each lase head that needs to be connected and controlled at the same time by the Sepia PDL 828. The timing of the emitted pulses can be controlled by an external trigger signal, which is typically provided by the sepia oscillator module or any other source providing a NIM compatible signal. As a special feature, each sepia laser driver module can also operate independently from the other modules driven by its internal low-jitter oscillator at six fixed, user-selectable frequencies (80, 40, 20, 10, 5 or 2.5 MHz). All emitted laser pulses are accompanied by a synchronization output at the front panel of the laser driver module. This signal is always synchronised to the trigger source, independent from the selection of triggering mode (i.e. external or internal triggering).

The intensity of the laser emission is controlled via an internal voltage in steps of 0.1% of its full scale value. However, due to the non-linear behaviour of laser diodes, the voltage setting does not linearly correspond to the output power, i.e., a voltage of 50% does not correspond to 50% of the maximum output power. A special feature of the Sepia PDL 828 is to switch between CW and pulsed mode with the LDH-D Series of laser heads.

For special applications using, e.g., scanning devices, the Sepia PDL 828 provides two special gating options that allow to suppress the laser emission by an external signal: A slow gate, that reduces setting times of the laser heads to a minimum at slow on / off periods (seconds) and a fast gate, that can perform transitions within nanoseconds, i.e., in between two pulses. The fast gate also provides high pulse stability when the on/off signal is periodic and fast (milliseconds).

For applications that require only a single wavelength, alternative single channel drivers can be provided (PDL 800-D, Taiko PDL M1).

Understanding the ﬂexibility of the oscillator module

The SOM 828-D has a rotary sequencer with eight so-called burst channels that can each be addressed individually. These burst channels can be either activated individually one after another, grouped with adjacent channels, or freely combined for simultaneous activation. Burst operation can be enabled for single as well as grouped or combined burst channels, allowing outputting multiple pulses before the next channel becomes active. The SOM 828-D module allows introducing individual, software controlled delays in burst channels that are not combined. Additionally, the oscillator has its own synchronization output, external trigger input as well as auxiliary input and output connector.

The oscillator module has eight (individual) trigger outputs (channels) that can each be addressed individually. For example, channels can be combined to be activated at the same time or each channel can be individually activated in a sequence. To enable burst operation, multiple pulses can be output from one channel (or from combined channels) before the next channel becomes active. Additionally, the oscillator has its own synchronization output, an external trigger input as well as an auxiliary input and output connector. 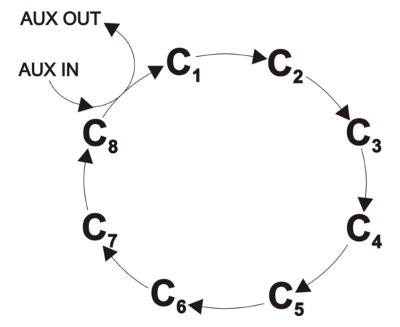 Generally speaking, the oscillator module works in a rotary fashion, meaning that the programmed sequence of burst channels 1 (C1) through 8 (C8) must be completed before the first one becomes active again. All channels can therefore be activated individually in a rotary sequence. Adjacent channels can also be combined for simultaneous operation. The SOM 828-D oscillator module even allows combining burst channels in any arbitrary fashion, so that the selected channel will output the same number of pulses at the same time as its combination partners do. The auxiliary input can be used to inhibit the oscillator from starting the output period, i.e., to "start" from channel 1. If the signal is provided during the rotation through the channels, one full sequencer period will be finished nonetheless. The auxiliary output is used to signal the start of a period. It is active when a period is finished (i.e., if channel 8 has been active) and a new one is about to start. 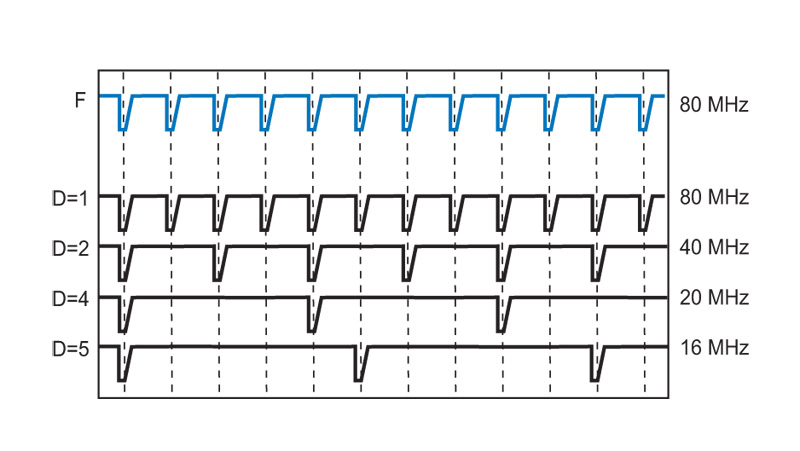 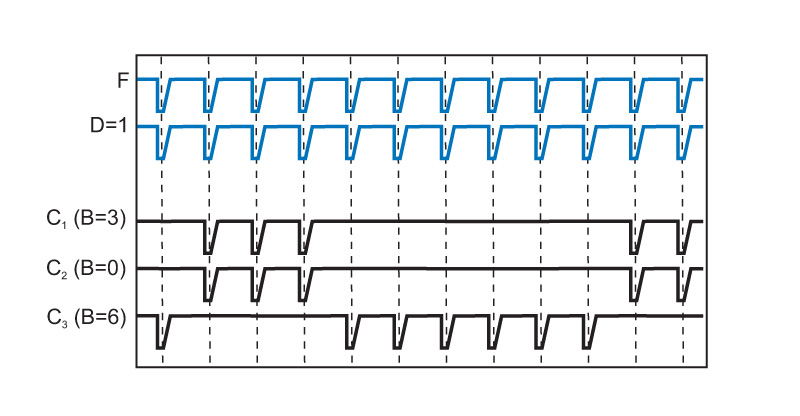 The pulse output from each channel can be enabled or disabled. However, if a burst channel is disabled, it is not "eliminated" from the rotary sequence. Instead, the programmed number of pulses is still processed, but simply no signal is present at the corresponding output port. This is useful to insert time gaps between two bursts. 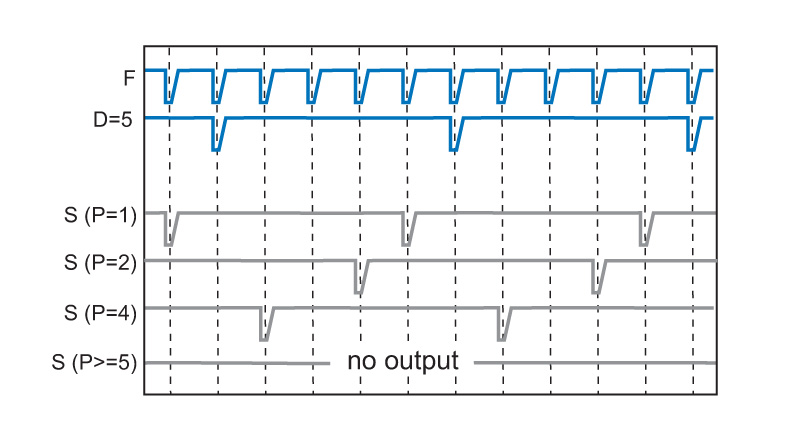 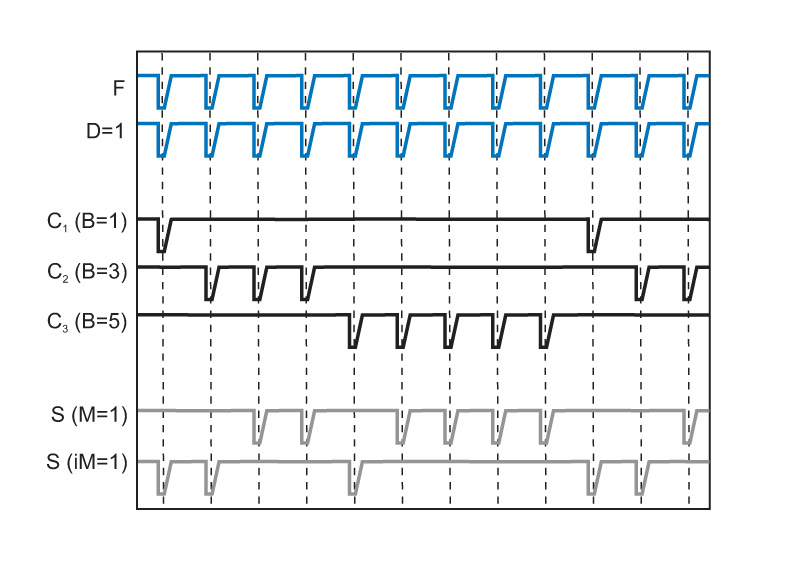 The Sepia PDL 828 is compatible with the picosecond pulsed sources listed below. Check out the corresponding product pages for more details. 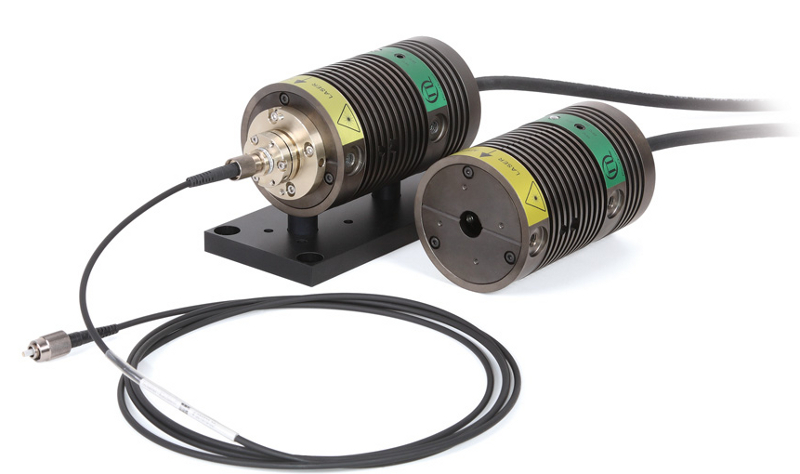 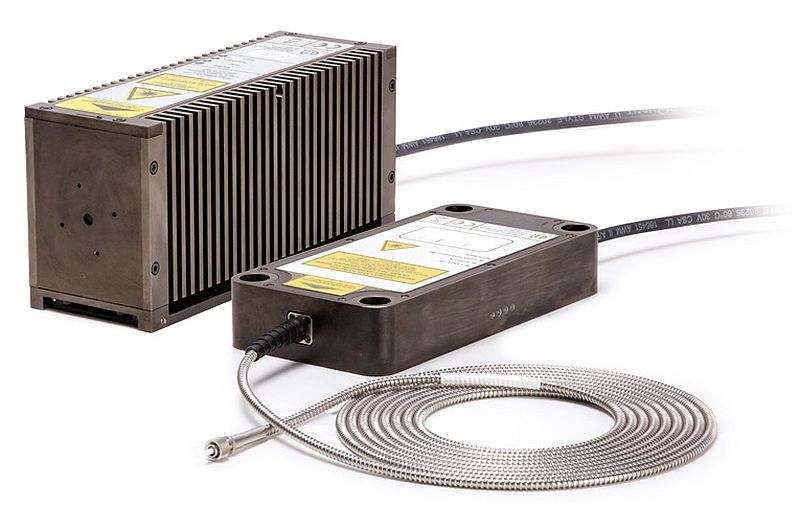 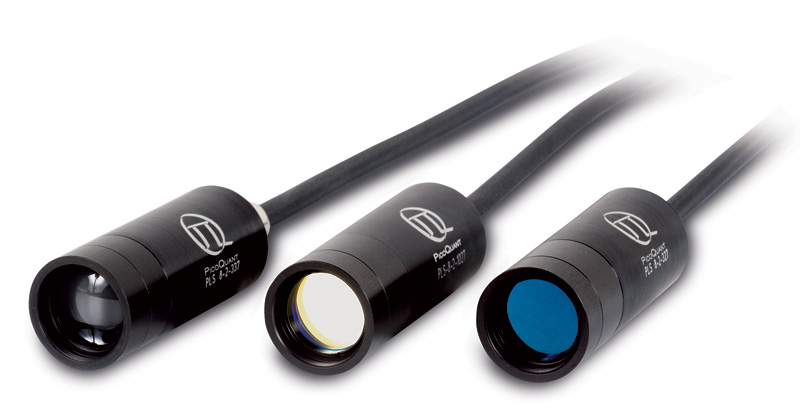 The Sepia PDL 828 along with the corresponding laser or LED sources can be used for various applications, where one or more excitation sources with short pulses, high and variable repetition rates as well as stable pulse energies are important, such as: