Lanthanide-doped upconversion materials have great potential for applications such as fluorescence labels for in vitro bioimaging, as lighting sources in optical devices or as up-shifting layers in solar cells. These materials absorb light in the near infrared (NIR) spectral region (typically at ca. 980 nm) and emit light in the visible range. The structure of the luminescence spectrum strongly depends on the composition of the upconversion material as well as on the excitation intensity. The FluoTime 300 spectrometer can achieve very high spectral resolution along with outstanding stray light rejection when equipped with double monochromators in both excitation and emission pathways. This configuration is therefore well suited to measure the rather weak upconversion luminescence from these highly scattering samples. The upconversion luminescence kinetics of lanthanide-doped materials can range from nanoseconds to milliseconds. Thus the FluoTime 300 spectrometer is ideally suited to study these materials as it can cover time spans from a few picoseconds to several seconds by using either Time-Correlated Single Photon Counting (TCSPC) or Multi-Channel Scaling (MCS). 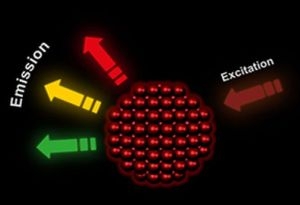 The FluoTime 300 photoluminescence spectrometer could be used to study lanthanide-doped materials. The sample is excited by a pulsed laser, LED or Xe-flash lamp in time-resolved experiments, or by a Xe lamp or a cw laser in steady-state experiments and the emitted emission is detected by using a UV/Vis sensitive detector after emission wavelength selection by a monochromator. For lifetime measurements, either Time-Correlated Single Photon Counting (TCSPC) or Multi-Channel Scaling (MCS) is used for data acquisition.

Consequently the essential components of a spectrometer set-up are:

PicoQuant offers the following system that can be used for upconversion measurements: 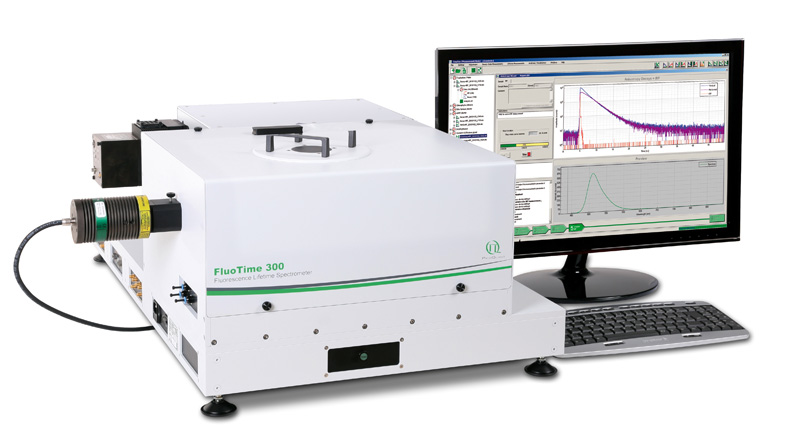 The FluoTime 300 "EasyTau" is a fully automated, high performance fluorescence lifetime spectrometer with steady-state and phosphorescence option. It contains the complete optics and electronics for recording fluorescence decays by means of Time-Correlated Single Photon Counting (TCSPC) or Multichannel Scaling (MCS). The system is designed to be used with picosecond pulsed diode lasers, LEDs or Xenon lamps. Multiple detector options enable a large range of system configurations. With the FluoTime 300 decay times down to a few picoseconds can be resolved.

The following core components are needed to build a system capable of fluorescence upconversion measurements, which are (partly) available from PicoQuant: 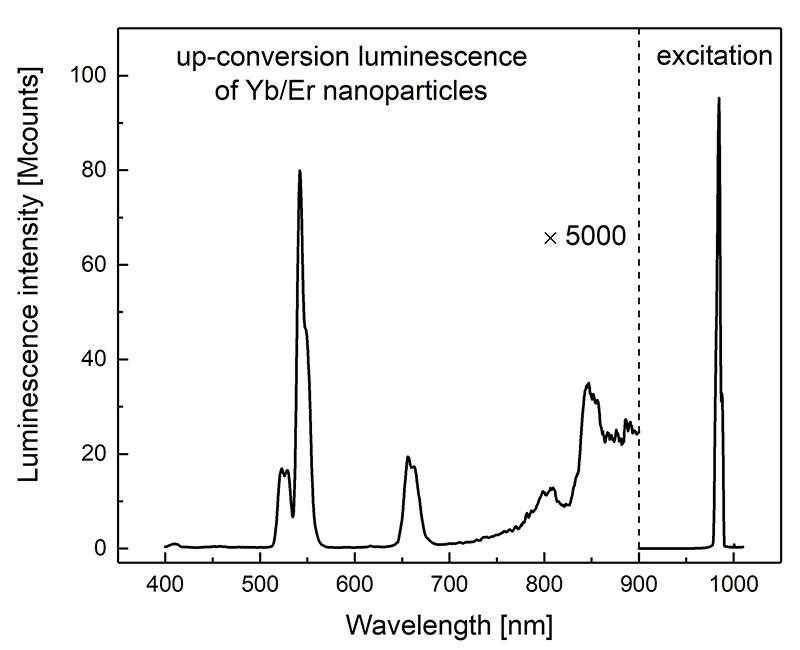