Metrology is the science of measurements. It refers to the process of measuring one or several specific parameters for a defined purpose. Metrology applications in this context are not directly related to specific research in life sciences or materials science, but are either generally applicable or serve a very specific measurement task.

Antibunching is a characteristic of light with sub-Poissonian statistics. Observation of antibunching (by means of photon coincidence correlation or second-order correlation) for instance reveals whether there is only a single photon emitter present in a sample. The technique is very often employed in the characterization of single quantum systems such as single molecules, quantum dots, carbon nanotubes, and defect centers in diamond nanocrystals, or in applications based on single photons sources. Antibunching experiments can also reveal the degree of multimerization
of fluorophores.

The antibunching dip of the correlation function is based on the fact that a single emitter can only emit one photon at a time. The process can easily be described using a simpliﬁed two-level energy diagram, where a molecule in an excited state requires a ﬁnite amount of time before it relaxes back to the ground state by emitting a photon. The temporal separation between adjacent photons is therefore determined mostly by the excited-state lifetime. This effect is known as antibunching and represents the sub-Poissonian nature of the emitted light. 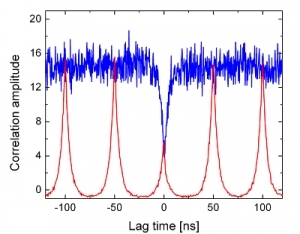 Operating a synchrotron ring as a dedicated user facility demands to characterize the temporal shape of the electron bunches, the so-called "fill pattern". This is important for several reasons, including checking the quality of the injection system and the generation of special fill patterns for time-resolved experiments. The bunch purity is defined as the relative intensity ratio of the unwanted satellite bunches with respect to the main bunches. 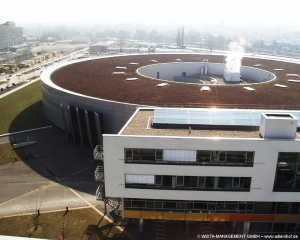 LIDAR, which is an acronym for LIght Detection And Ranging, is a remote sensing method that uses light in the form of a pulsed laser to measure ranges (variable distances). LIDAR instruments send laser pulses in the direction of the target and then measure the time taken for each light pulse to bounce back using suited single photon sensitive detectors. Because light moves at a constant and known speed, a LIDAR instrument can then calculate the distance between itself and the target with high accuracy. A similar technique is Satellite Laser Ranging (SLR) in which a global network of observation stations measures the round trip time of flight of ultrashort laser pulses to satellites equipped with retroreflectors. It is the most accurate technique currently available to determine the geocentric position of an earth satellite with millimeter level precision. This data is then used as a basis for advanced geodesy applications. 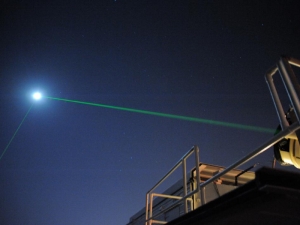 High resolution time measurement on electrical pulse trains is a generic task in many areas of metrology and engineering. In development and testing of high speed digital communications or optical storage systems it is a frequent requirement to measure jitter, frequency, time interval (skew), time interval error (TIE), pulse width, pulse coincidence etc. While modern oscilloscopes can be used for some of these tasks, they often deal poorly with recording of long sequences at high resolution. This is why dedicated Time Interval Analyzers (TIA) are used in such cases. PicoQuant's picosecond event timers initially developed for Time Correlated Single Photon Counting (TCSPC) are essentialy powerful TIAs that can capture pulse events on multiple channels with picosecond time resolution. Their capability of recording continuous streams of events at high rates to hard disk or PC memory distinguishes them from the main stream competition. 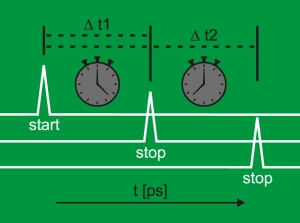 Positron annihilation lifetime spectroscopy (PALS) is a non-destructive spectroscopy technique that allows studying a variety of phenomena and material properties on an atomic scale. PALS measures the elapsed time between the implantation of the positron into the material and the emission of annihilation radiation. Once the positron is implanted into a material, it quickly thermalises (~10 ps) and then either annihilates through interaction with electrons or forms a positronium atom. The positronium atom seeks out pores within the material where they are confined to bounce off of the walls and each time they collide with the walls there is a probability of the atom being annihilated releasing γ-rays that can be deteced with suited detectors. The lifetime of the positron can thus be used to determine the pore size of the sample. Typical examples are smallest atomic defects in crystals, metals, semiconductors and polymers or chemical structures in fluids and biological systems. 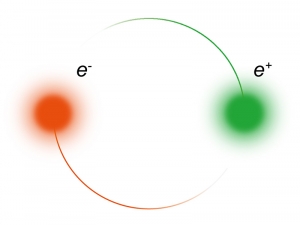