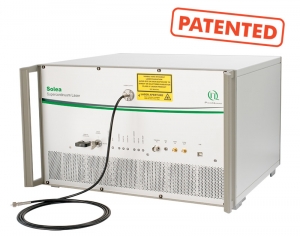 The Solea lasers are stand alone, computer controlled, supercontinuum laser sources with an unmatched flexibility in repetition rates. The lasers are available in four versions covering two possible spectral domains and either including a tunable bandpass filter for wavelength selection ("Solea", "SoleaR") or directly emitting the unfiltered supercontinuum spectrum ("Solea White", "SoleaR White").
All lasers emit from a polarization maintaining single-mode fiber with FC/PC connector. The Solea lasers are based on a unique combination of gain-switched, fiber-amplified laser diodes with exclusive patented fiber pumping control and a well established state-of-the-art photonic-crystal fiber for supercontinuum generation.

Full computer control via easy to use software 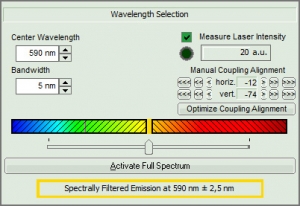 The Solea lasers are completely computer controlled by an easy-to-use graphical user interface (GUI) for Windows. The software allows to control pulse repetition rate, operation mode, as well as central wavelength and spectral width of the output. Different settings can be pre-defined and saved for an easy change of configurations. A library for custom programming is also provided and allows access to all functions of the Solea from, e.g., LabView or other programming languages.

Variable repetition rates up to 40 MHz

The emission wavelength selector for the Solea lasers is based on a tunable bandpass filter. The filter features a high side mode suppression ratio of greater than OD 5 (50 dB), which makes it even suitable for single molecule detection. The wavelength selector permits to set the central emission wavelength as well as the width of the spectral emission to any value between 3 and 15 nm. It can also be bypassed in order to have access to the available supercontinuum spectrum.

Polarized emission in the VIS down to 480 nm 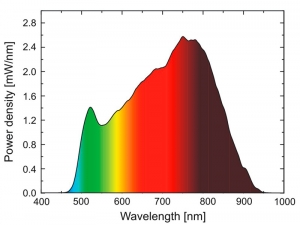 Pulse width down to 90 ps 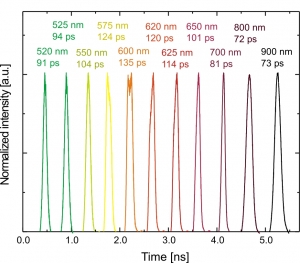 The output pulse width after the emission wavelength selector depends on the output power and selected emission wavelength. It is typically around 150 ps (FWHM) and can reach 90 ps (FWHM) for certain wavelengths. Each pulse is accompanied by a corresponding timing optimized synchronization signal, which can be used to trigger other components such as TCSPC electronics.

The control software of the Solea is based on a user friendly interface which allows to fully monitor the parameters of the device.

Different colour schemes (bright, dark or standard windows) are available and can be chosen with respect to the application and experimental environment. The dark scheme, for example, has been specially made for light sensitive experiments where light perturbation should be minimized.

The user interface is structured in five thematical slots that control the core function modules of the device by simple mouse clicks. 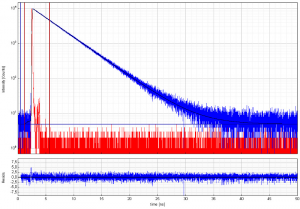 Fluorescence lifetime measurements of ATTO 555 in ethanol. The sample was excited at 550 nm using a spectral bandwidth of 5 nm and a repetition rate of 20 MHz. Data was collected using the TCSPC based spectrometer FluoTime 300. Data analysis using numerical reconvolution resulted in a single liftetime of 3.87 ns (χ2=1.07). 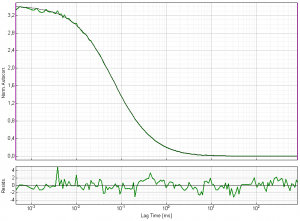 Fluorescence correlation spectroscopy (FCS) of ATTO 655 in water. The sample was excited at 630 nm using a spectral bandwidth of 5 nm and a repetition rate of 10 MHz. Data was collected using the confocal microscope MicroTime 200. The correlation curve can be nicely fitted and the amplitude of zero at long lag times proves the high stability of the laser output. 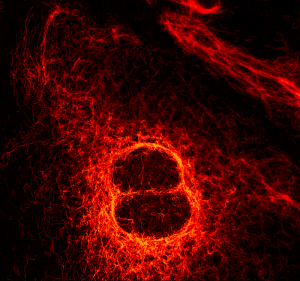 The spercontinuum laser Solea can be used for various applications, where variable wavelengths with high and variable repetition rates are important, such as:


The Solea laser is discontinued as of October 2018.