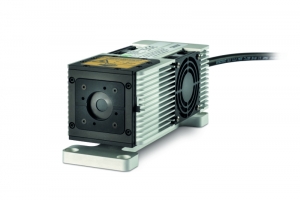 The LED heads from the PLS-I Series are compatible with the Taiko PDL M1 and allow for sub-to-few nanosecond pulsed, burst as well as Continuous Wave (CW) mode operation. They combine short pulse widths, high repetition rates, and high optical power in a compact and maintenance free set-up.

Direct emission in the ultraviolet

LEDs from the PLS-I Series emit directly in the ultraviolet spectral range at wavelengths as short as 255 nm. Different LEDs with central wavelengths between 255 nm and 400 nm allow to choose a peak wavelength according to the needs of the application. Their spectral and timing characteristics are also particularly well-suited for biomedical applications, e.g., for the detection of labeled substances as well as naturally fluorescent amino acids like tryptophan or tyrosine.

Pulsed average power up to 300 µW

The LED heads from the PLS-I Series are designed to yield the maximum possible output power in pulsed and CW mode. In pulsed operation the maximum average optical power reaches typically 80 µW. In CW operation the average power reaches typically a few 100’s µW and even up a few mW for wavelengths where the most powerful LEDs are available. The flexible Taiko architecture gives the possibility to work either in linear mode (constant pulse energy at any repetition rate) or in max power mode (max pulse energy at any repetition rate).

Pulse widths down to 1 ns

The pulsed LED heads of the PLS-I series emit nanosecond pulses with a full width at half maximum (FWHM) ranging from typ. 1 to 5 ns depending on the wavelength and on the power setting.

The PLS-I Series are very useful excitation sources notably for short range interactions as in a time-resolved fluorescence lifetime spectrometer, where sufficient power is required for wavelenghts typically around 300 nm. In this range the PLS-I series offer a higher power alternative to the classic Sepia-compatible PLS series from PicoQuant with a factor 5 to 15 more in terms of optical power. On the other hand, the PLS-I series offers an affordable alternative to classic laser solution such as ultrafast laser with OPO or a VisUV from PicoQuant. All functions of the PLS-I Series such as repetition rate and output power are controlled and adjusted by the Taiko PDL M1.

Other wavelengths are available on request. Please contact us. The specifications are given as a an indication only. Possible changes may occur.

1 -P versions are optimized to be able to perform up to the highest possible repetition rate (typ. 40 MHz). -B versions are optimized to deliver the highest possible output power (highest output power is achieved at low rep rate, typ. 10 MHz)
2 Typ. pulse width at highest power setting. The pulse width shortens at lower power settings.
3 Available as an option.
4 The emission is spectrally clean, no additional filter needed.

How satisfied are you with this page?