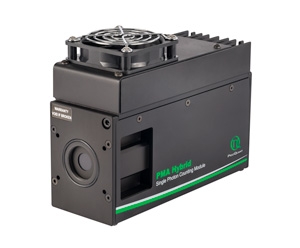 The PMA Hybrid is a compact, single photon sensitive detector based on a fast hybrid photomultiplier tube (R10467 from Hamamatsu) with Peltier cooler to reduce the dark count rate. It features two signal outputs: a negative voltage pulse for timing and counting applications and an analog positive output voltage proportional to the count rate that can be connected to e.g. A/D converters. The detector assembly includes a high voltage power supply, a pre-amplifier with overload protection, and an emergency shut down procedure if the detector count rate reaches a critical limit.

The PMA Hybrid is encased in a nickel coated aluminum housing to achieve high level of RF shielding and protection against interference from other devices. The built-in pre-amplifier is specially optimized for timing sensitive applications such as Time-Correlated Single Photon Counting (TCSPC). The output signal of the PMA Hybrid can be accessed through a standard 50 Ohms SMA connector. 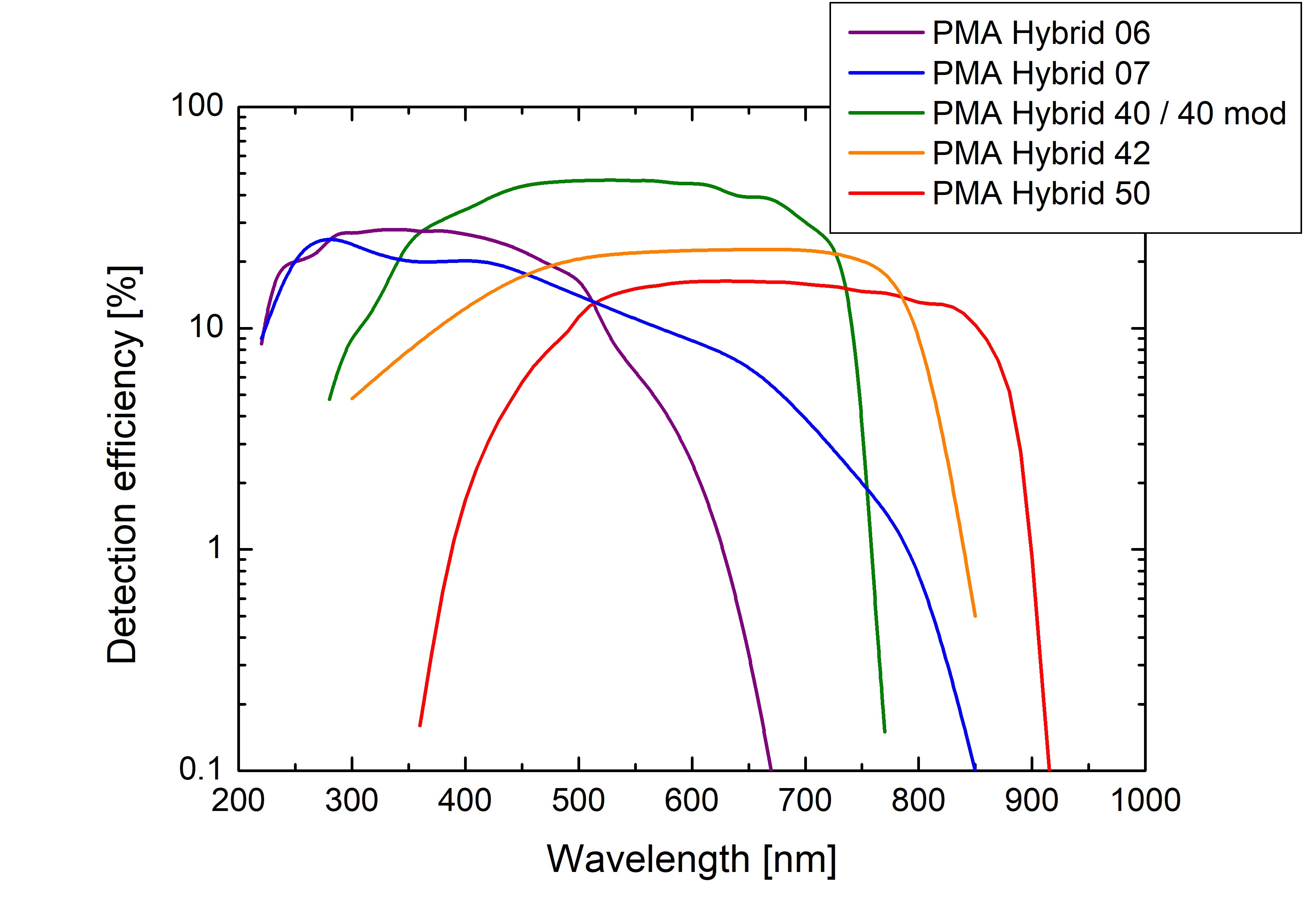 Timing down to 50 ps, negligible afterpulsing

All PMA Hybrid detectors have a very good timing resolution that can even reach values down to 50 ps (FWHM) for the blue sensitive version. In contrast to other detector types, afterpulsing is negligible. This special features makes the PMA Hybrid especially suited for e.g., Fluorescence Correlation Spectroscopy (FCS), where the afterpulsing peak at early lag times often complicates the analysis of the autocorrelation function.

The PMA Hybrid interfaces directly with all PicoQuant TCSPC products such as the TimeHarp 260, PicoHarp 300 or HydraHarp 400. Due to its large active area of up to 6 mm, the detector can be connected to spectrometers such as the FluoTime 300. It can also be attached to Laser Scanning Microscopes in Non-Descanned Detection (NDD) setups via the C-mount adapter. Integration in descanned detection mode or other systems, such as the confocal time-resolved microscope MicroTime 200 is also possible. 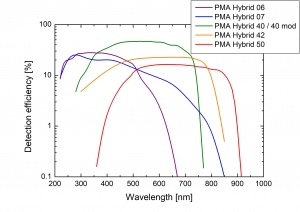 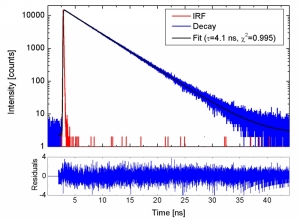 The plot shows the fluorescence decay of an anthracene solution in ethanol acquired using the FluoTime 300 fluorescence spectrometer. The sample was excited with a picosecond pulsed diode laser at 375 nm (LDH-D-C-375) at a repetition rate of 10 MHz. A single exponential decay model with a lifetime of 4.1 ns fits the decay very well, proven by the weighted residuals. Note the short, clean response of the detector revealed by the IRF. Analysis performed by FluoFit (replaced by EasyTau 2). 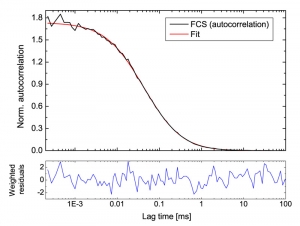 The plot shows the FCS (autocorrelation) curve of a of a 1 nm ATTO 488 solution acquired with the MicroTime 200 time-resolved confocal microscope. The sample was excited with a picosecond pulsed diode laser at 485 nm (LDH-D-C-485). The correlation curve is free from the typical afterpulsing peak at early lag times and proves the clean response of the detector. Analysis performed by SymPhoTime 64.

The single photon sensitive detectors of the PMA Hybrid Series can be used in various applications, where the large active area, high sensitivity and very good timing resolution of the detector are important, such as: