Only four weeks after presenting their work at this workshop, Stefan W. Hell and W.E. Moerner were awarded the Nobel Prize in Chemistry along with Eric Betzig for the “development of super-resolved fluorescence microscopy”. Congratulations! 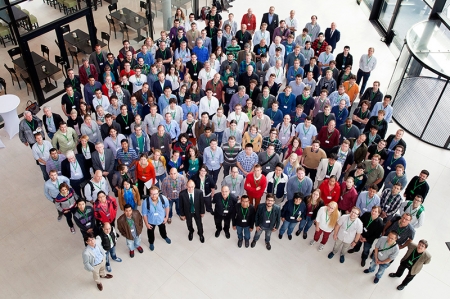 record breaking number of more than 220 researchers from all over the world came to Berlin on September 2-5, 2014 to attend the annual single molecule workshop that took place for the 20th time. To celebrate this anniversary, the workshop offered an extended 4-day program with more slots for talks and posters, an open afternoon for the public, a keynote lecture by Kavli prize winner Stefan W. Hell, and a boat trip on the river Spree. The scientific program contained 51 up-to-date talks, including 16 lectures by renowned invited speakers, and two poster sessions with a total of 112 posters.

During the boat trip, the participants enjoyed the sunny weather and the special view of Berlin's city center from the river Spree. The river cruise was followed by a dinner in the revolving restaurant of the TV tower at a height of 207 meters offering another special view over the whole city. 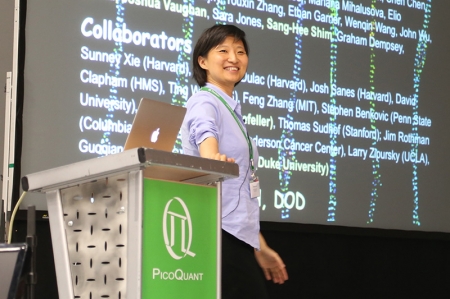 The workshop was opened with a talk by one of the early pioneers of single molecule research W.E. Moerner (Stanford University, USA). He clearly demonstrated that besides pure single molecule related research also super-resolution imaging and multimodal applications are important tools to solve real life biological questions. Besides the emerging field of life science applications also fundamental physical research was presented in several exciting talks, e.g., by Michel Orrit (Leiden University, The Netherlands), who is also recognized as one of the founders or single molecule spectroscopy. In addition to the latest developments in single molecule investigations using methods such as FLIM, FRET, and FCS, the workshop also covered recent [Group picture invited speakers] trends in super-resolution microscopy. Techniques such as Stimulated Emission Depletion Microscopy (STED) or localization microscopy (PALM, STORM, dSTORM, GSDIM), as well as fluctuation microscopy (SOFI) have emerged and many talks were related to their application solving biological questions. One related highlight was the presentation of Xiaowei Zhuang (Harvard University, USA) about new sub cellular structure discoveries, which lead to the elucidation of the actin blueprint in axons using 3D STORM microscopy. Super-resolution microscopy and single molecule FRET were also nicely combined in the presentation of Eyal Nir (Beer Sheva, Israel), who demonstrated that it is possible to control the movement of a single DNA molecule along a given DNA Origami track over a distance of up to 400 nm. Another highlight of the workshop was the presentation of Sunney Xie (Harvard University, USA), who reported that point mutation and copy number variation, which are major dynamical changes of DNA, can now be studied at the single cell level by whole genome amplification and sequencing. This enables him in a proof of principle study to classify and select human oocytes in in vitro fertilization in order to finally avoid miscarriage and genetic disease.

In his concluding remarks on Friday afternoon, invited speaker Manfred Auer (University of Edinburgh, UK) praised the workshop for the positive collegial atmosphere, the fruitful discussions, and the high standard of student talks and pointed out that “Multiple super-resolution techniques are regularly used today and already had a big impact on solving biological key questions. Also other single molecule methods such as smFRET now enter into real structural biology, particularly in combination with molecular dynamics, and site specific labelling techniques.”

During the workshop, PicoQuant had the chance to conduct interviews with some of the leading researchers in single molecule research. Please see the video section of our website.

The winner of this year's student award is Weixing Li from the University Göttingen, Germany. The jury, consisting of the invited speakers and PicoQuant's managing director Rainer Erdmann, considered Li's talk on “Cryo-Fluorescence Microscopy of Single Molecules” a as groundbreaking new approach and therefore decided to award the prize of 1000 EUR to him. 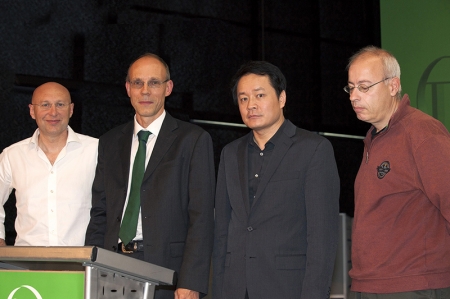 Around 30 further visitors joined the workshop during the open afternoon on Wednesday. It was opened by Jörg Enderlin (Georg August University, Göttingen, Germany) who, as one of the co-founders of the workshop outlined the “story of single molecule fluorescence”. His presentation was followed by Stefan W. Hell (Max Planck Institute for Biophysical Chemistry, Göttingen, Germany) who presented his work on “far-field optical nanoscopy”. The second talk of the afternoon was given by Sunney Xie (Harvard University, Cambridge, MA, USA) about “Life at the single molecule level”. A poster session and a get-together featuring a Frisbee competition completed the open afternoon. 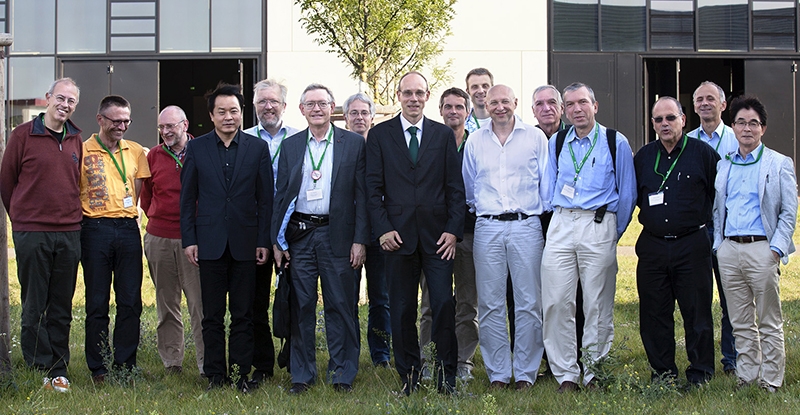 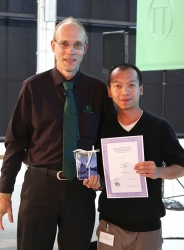 PicoQuant especially wants to encourage young scientists to present their work. Therefore, the jury - consisting of the invited speakers and PicoQuant's managing director Rainer Erdmann - evaluated the presentations given by students. The prize of 1000 Euro was awarded to Weixing Li (Georg August University Goettingen) who gave a talk on "Cryo-Fluorescence Microscopy of Single Molecules".

The workshop on "Single Molecule Spectroscopy and Ultra Sensitive Analysis in the Life Sciences" is an annual event since 1995. For a summary of each year's event, please select the year from the list below.