The International Workshop on "Single Molecule Spectroscopy and Ultra Sensitive Analysis in the Life Sciences" organized by PicoQuant GmbH celebrated its 15th anniversary this year. It was successfully held from September 15-18, 2009 at the WISTA Campus in Berlin-Adlershof, Germany.

Overall, the 15th workshop was an outstanding event with more than 170 participants from all over the world. It was celebrated by opening one afternoon session to the public. This "open afternoon", which attracted more than 40 additional listeners from the local campus, included as a highlight a plenary talk given by the 2009 Otto-Hahn-Preis winner Stefan W. Hell (MPI Göttingen, Germany) about "Far-field optical nanoscopy". The participants enjoyed additional plenary lectures, given by Toshio Yanagida (University of Osaka, Japan) and W.E. Moerner (University of Stanford, USA) as well as 44 highly up-to-date talks. Latest results where discussed during two poster sessions with more than 70 Posters and the informal gatherings during the reception and course dinner lead to fruitful discussions about new ideas, projects and new networks. In his concluding remarks, Michel Orrit (Leiden University) noted that this year he took special emphasis on the great variety of methods (even in a combined way) which are now routinely used for single molecule investigations like fluorescence, scattering and AFM. 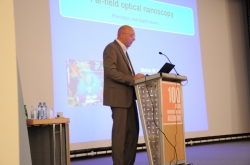 PicoQuant celebrated its 15th anniversary workshop by opening one afternoon session to the public. The open afternoon took place on Wednesday, September 16 and featured three talks including - as a special highlight - a plenary presentation of Stefan W. Hell (MPI Göttingen, Germany). In his talk about "Far-field optical nanoscopy", Stefan W. Hell presented latest results on "lens-based fluorescence microscopy concepts that feature a resolving power on the nanoscale". 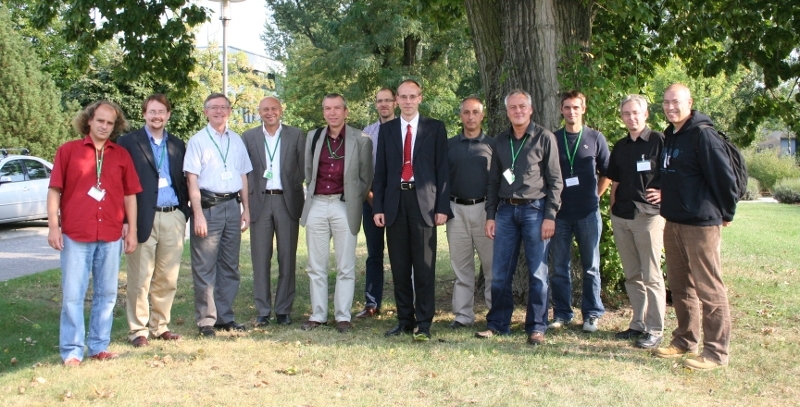 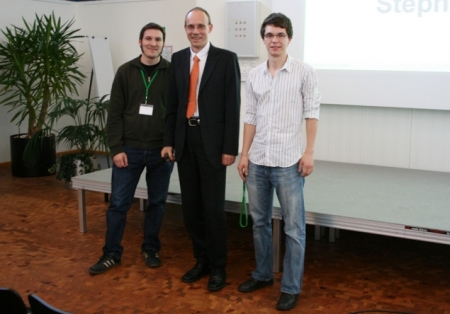 PicoQuant especially wants to encourage young scientists. As the quality of the students talks proved again to be excellent, it was impossible to nominate only one winner. The price therefore had to be split between Sebastian van de Linde (University of Bielefeld, Germany) who gave a talk on "A General Concept for Super-Resolution Fluorescence Microscopy" and Stephan Uphoff (University of Oxford, UK) who presented his work on "Measuring multiple distances within a single molecule using photoswitchable FRET acceptors". Both students received 500 Euros.