The VisUV/VisIR laser modules from PicoQuant have undergone a few in-depth hardware changes.While the classic VisUV/VisIR laser modules were manually controlled through a series of switches and dials on the device’s front panel, devices from the new generation are now fully remote controllable via a variety of interfaces. They can be directly connected to a PC via USB interface or to a Sepia PDL 828 laser driver through a PicoQuant proprietary interface. In both cases, the laser module is fully controlled via an intuitive graphical user interface running under WindowsTM. Serial connect via an additional RS-232 interface is also available.

Additionally, two new models have joined the high-power VisIR laser series to expand its covered emission range towards the mid-infrared (MIR) at 1950 nm. Based on a novel fiber amplifier technology, these lasers can be offered with either collimated free beam or a fiber output and deliver an average output power of more than 0.5 W with pulse duration below 100 ps FWHM. The compact form factor and flexible repetition rates with constant pulse parameters make those models of particular interest for metrology and ranging measurements as well as for testing and calibration of detectors and cameras in the NIR/MIR region. 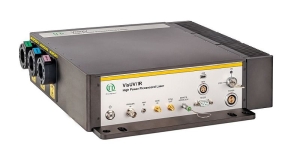 In a recent webinar, PicoQuant has unveiled its latest laser innovation: the stand alone, fully computer controlled laser module Prima. “Our objective when developing Prima was to offer a solution to a common challenge faced by many researchers. They often need more than a single excitation wavelength to study all of their samples, but buying multiple lasers can become quite expensive. So we tapped our 25 years of expertise in laser development to create an affordable, compact module that can emit red, green, and blue light”, says Guillaume Delpont, Product Manager at PicoQuant. 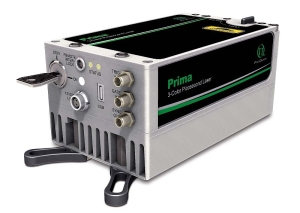 Virtual Show Day: Get a closer look at the MicroTime 200

The recording of this event is now available

On September 16, 2021, we held a MicroTime 200 virtual Show Day. At this event, our experts Olaf Schulz and Mathias Bayer demonstrated how easily rapidFLIM, FLIM-FRET, smFRET, and FC(C)S data can be acquired and analyzed, as well as answered all questions that arose. You can now request the recording of the MicroTime 200 Show Day from our webinar website. 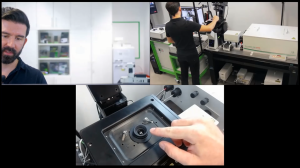 From September 29 to October 1, 2021, PicoQuant organized the 26th International Workshop on “Single Molecule Spectroscopy and Super-resolution Microscopy”; the first on-site meeting in the single molecule community since the beginning of the COVID-19 pandemic. The workshop gave scientists from 13 different countries the opportunity to finally meet in person for sharing their most recent results in the field of ultrasensitive optical detection down to the single molecule level and beyond the classical diffraction limit.

“It was really exciting to once again see so many members of the single molecule community and to interact with them in person. Judging from the feedback I got, the participants also greatly enjoyed networking and talking science while being in the same real world location”, says Rainer Erdmann, Managing Director of PicoQuant. 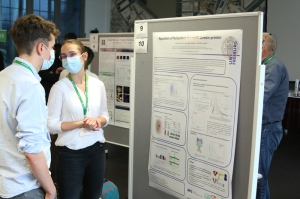 When investigating a broad range of samples, researchers often need access to several excitation wavelengths. Buying multiple pulsed diode lasers or even a tunable laser can be quite expensive. PicoQuant’s solution for this challenge? The new compact, stand alone laser module Prima, which offers three individual emission wavelengths and can be operated either in picosecond pulsed or continuous wave mode. Join our Product Manager Guillaume Delpont for a sneak peak at this powerful yet affordable laser module in a free webinar. 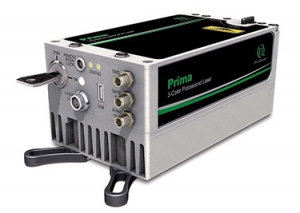