Quantum Information Processing focuses on information processing and computing based on quantum mechanics. While current digital computers encode data in binary digits (bits), quantum computers aren't limited to two states. They encode information as quantum bits, or qubits, which can exist in superposition. Qubits can be implemented with atoms, ions, photons or electrons and suitable control devices that work together to act as computer memory and a processor. Because a quantum computer can contain these multiple states simultaneously, they provide an inherent parallelism. This will enable them to solve certain problems much faster than any classical computer using the best currently known algorithms, like integer factorization or the simulation of quantum many-body systems. Right now the quantum computer is still in its infancy. First steps on that road are the simplest building blocks such as quantum logic gates and memory based on genuine quantum effects such as superposition and entanglement. 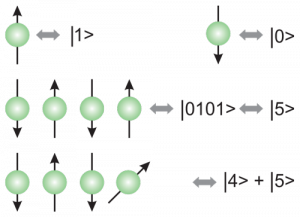 There are several methods used in the development of the necessary building blocks of a quantum computer. The study and the functionality test of these blocks is then very often performed via coincidence correlation methods or timing analysis of photon detector signals in order to prove the general working pricingple of the building block under study.

PicoQuant offers several instruments such as time-tagging units and single photon sensitive detectors that can be used to perform coincidence correlation or timing analysis:

TCSPC and MCS Board with PCIe Interface

The following presentations are related to quantum information processing and were recorded at our 3rd International Symposium on "Single Photon based Quantum Technologies" in September 2020.